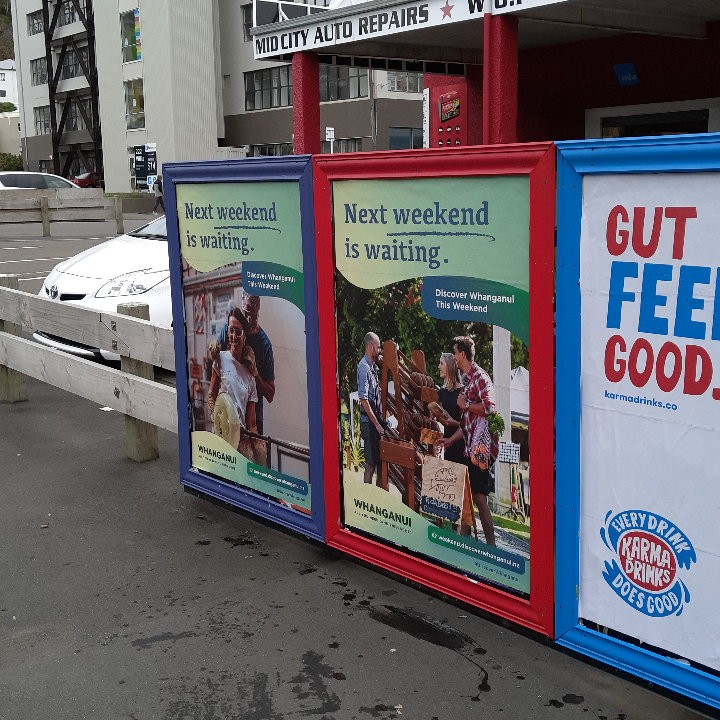 Data from the Ministry of Business, Innovation and Employment (MBIE) shows July visitor spend in Whanganui was up by 30% compared to July 2019. Nationwide, July spend was -6% compared to last July.

“Last July, 0.4% of all New Zealand’s visitor spending was in Whanganui. This July, that figure is 0.6%. That increase in share may seem small, but it represents an additional $2.9 million injected into our businesses over one month,” Chaplow said.

Visitors spent $12.6 million in Whanganui during July, which Chaplow says is more akin to spending over summer holidays than a typical winter month.

“Clearly, people were looking at these winter holidays as an opportunity to get out and explore the country. It’s great that so many Kiwis chose us as their destination.” Chaplow said.

“With international holidays off the table for now, this has been a critical time to make sure Whanganui is top of mind as a potential destination. We went to market quickly with our marketing campaign and have been very happy with the results.”

Chaplow says the digital campaign was seen by around 300,000 people in the lower North Island and resulted in a 127% increase in visits to their websites compared to the same time last year. The campaign also involved out of home advertising like digital billboards, bus ads and posters going up in Auckland, Wellington, Palmerston North and New Plymouth.

Chaplow says Whanganui & Partners will be accelerating its destination marketing in the future, thanks to an additional $700,000 for funding from MBIE to support the local visitor industry.

“The additional funding is going to be critical to keeping Whanganui on the radar. We’ve already started planning our marketing campaign for summer, which has traditionally been our strongest visitor season. We typically see a rise in international visitor spend over summer, so our goal will be to make sure we make up for that with an increase in domestic visitation.”